My Free Online Seminar On A Few Things Photographic

Hope you can join me on May 21st, 2014 at 7pm BST (British Summer Time) for my webinar. I’ll be chatting about my photography, workflow and getting accurate colour and focus, amongst other challenges met by today’s digital photographer.

Sign up for free, HERE. Hope to see you online!

Nominee In The Photography Masters Cup 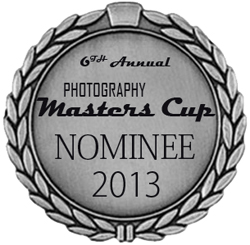 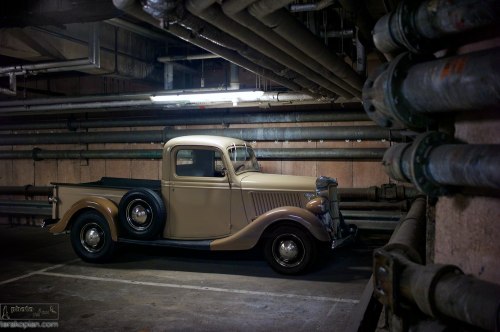 I’m delighted to share this good news! Whilst on assignment on London’s South Bank I came across this gorgeous old Ford pickup truck and couldn’t resist photographing it; very happy that I did! The rusty pipes and concrete really added to the feel of the image as did the single overhead light. The image was shot on my Leica M9 and Leica 35mm Summilux ASPH (FLE).

LOS ANGELES (February 19th, 2013) – Professional photographer Edmond Terakopian of the UK was presented with the 6th Annual Photography Masters Cup Nominee title in the category of Americana at a prestigious Nomination & Winners Photoshow. The live online ceremony webcast Saturday, February 16, 2013 was attended by photography fans in 86 countries who logged on to see the climax of one of the industry’s most important events for color photography.

“It is an incredible achievement to be selected among the best from the 8,521 entries we received this year,” said Basil O’Brien, the awards Creative Director. “Edmond Terakopian’s “Old Ford Pickup Truck”, an exceptional image entered in the Americana category, represents contemporary color photography at its finest, and we’re pleased to present him with the title of Nominee.”

INTERNATIONAL COLOR AWARDS, PHOTOGRAPHY MASTERS CUP is the leading international award honoring excellence in color photography. This celebrated event shines a spotlight on the best photographers worldwide and honors the finest images with the highest achievements in color photography. http://www.photomasterscup.com.

Colour; it can be the cause of endless head aches. With digital photography, we’re in many ways quite lucky as we can set custom white balances and even dial in degrees of Kelvin (which is unit for the measurement of temperature and in our case, colour temperature).

However, most photographers are quite lazy in this and will shoot in auto white balance and hope to correct things later in post processing. This is not such a bad thing if one shoots RAW but I’ve seen many colleagues shoot jpeg and then try and correct the most horrendous colour casts and end up ruining perfectly good images as a result. Even for us who do shoot RAW, we’re still reliant on finding a neutral grey to click our white balance tool on and tweak the slider until it looks right. To do this, we’re also relying on our monitors and laptop displays to be accurately calibrated.

In the world of video it gets much more complicated and many times more time consuming. To make things worse, any extreme colour corrections can lead to a degradation in quality as unless you’re shooting with a RED One, you’re not shooting RAW.

For anyone who hasn’t tried it, setting a custom white balance involves photographing a white (or grey) card and choosing that image as a custom setting. This works extremely well and allows for exact colours, even in pretty extreme lighting conditions. The only downside to this is having to stop and either use a white balance tool (EzyBalance) such as those made by Lastolite or try and find a notepad with white paper that is big enough to photograph. An extra step is then needed to set the white balance to custom and finally to choose this image as the reference for the custom white balance. It is rather longwinded.

If shooting on a tripod with creative and spot lighting, it can also be an extra head ache as the camera has to be taken off the tripod, brought to where the light is falling on the subject, white card photographed, then set and finally put back on the tripod and set up again for the shot. Even adjusting power settings or diffusion on lights can change the colour temperature.

This is where a colourmeter comes in to save the day. It involves the photographer holding the light receptor in the light being photographed, with it pointing back towards the camera. A measuring button is then pressed and it gives an exact Kelvin reading of the colour temperature. All you then have to do is to set this on the camera and shoot away. In a photographic situation I also sometimes just make a note of the temperature in different areas I’m working and then input these onto the RAW files when processing them on Aperture 3. Both systems work equally well. Naturally for video work though, one inputs the Kelvin reading into the camera before doing a shot.

Many years ago I tried using a Minolta colourmeter (designed in the days of film) with limited success; it certainly improved upon the auto setting but I still needed to tweak my shots. Sekonic, with the C-500 and C-500R (for pocket wizard connectivity) has brought out the world’s first digital and film colour meter. The spectral sensitivities of film and a digital sensor are different and by catering for both (you can change this in the mode setting) it works perfectly with digital cameras. For film shooters it can also give index readings for filters.

As is my way with tests, I took the Sekonic C-500 out with me on assignments. I used the meter with both a Canon 5D MkII (which uses a CMOS sensor) and a Leica M9 (which uses a CCD) and the results were great. On one event in the Army and Navy Club I photographed in a variety of artificial lighting conditions and the results were pretty much spot on. The meter can be tweaked to work with particular cameras even more accurately.

I also decided to do a set of video tests and using an X-Rite ColorChecker as a test subject, I shot film clips using the Canon 5D MkII in various lighting conditions from bright sunlight to extreme shade and also artificial light. The results again impressed.

All was not perfect though; although the meter has the ability to measure from 2300 to 20,000 Kelvin, it doesn’t seem to work in dim lighting and constantly gave an “Under” message. This happened even if the meter was brought right up to the light.

On the whole though, I have to say that I’m impressed with the meter and in all but the most extreme low light, it worked well. I think that any photographer who works in colour would do well to contemplate getting one of these and it’s an absolute no-brainer for anyone involved in video.