Shortlisted For Professional Photographer Of The Year 2014

Thrilled to share that one of my images has been shortlisted for the Professional Photographer of the Year 2014 competition. 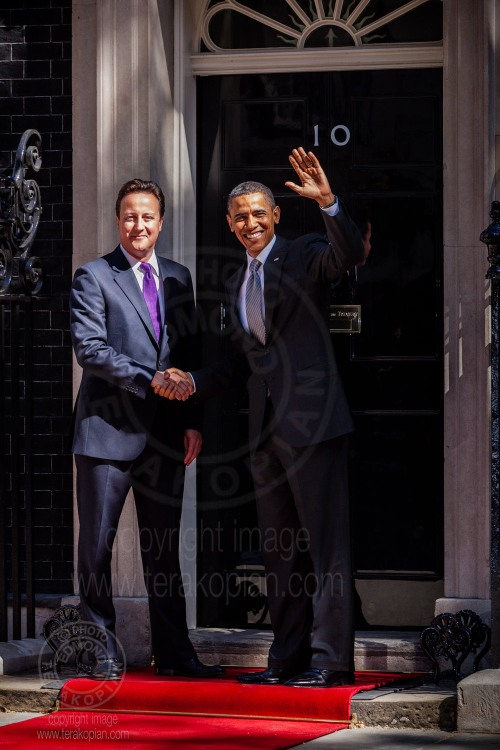 It’s a shot from 2011 of US President Barack Obama and British Prime Minister David Cameron in Downing Street. Although a straight forward hand shake picture, the challenges were there (it’s often the simple shots that turn out to be complicated!). We had to arrive many, many hour before the President was due to arrive. Once through the security, we waited I think close to five hours. Naturally the light also started to misbehave. On top of which there were probably easily between 50-60 photographers there (and several TV crews), all crammed together like sardines who even more familiar than normal sardines (read that as proper squashed!). When the image happened, amid the screams of photographers trying to get an eye line from both politicians, the sun came out seconds before, causing a massive shadow where the President was standing and a huge area of massive highlight where the Prime Minister was standing. Thankfully shooting RAW and processing in Aperture (at the time) allowed me to save the highlights and bring out some detail front he shadow areas! This version has been processed in Adobe Lightroom and Alienskin Exposure 6. Not one to shout, I waited patiently hoping for both gents to be looking in my general direction and somehow got lucky enough to have adjusted my exposure in time for when they both looked down my lens, together! The shot was taken on a Canon 5D MkII and Canon 70-200mm f2.8L II IS lens.

Almost a week on and the results have been announced. Sadly my image didn’t make it onto the winners’ podium this year (having won the street photography award last year). The winners’ images are stunning though and well worth a look. Congratulations to all 🙂