Surely you remember the previous story about Romford Police who continually made up laws to try and stop Jules Mattsson, 15, from photographing cadets and Police at the Armed Forces Parade. I’m glad to report that Jules has allowed me to publish his portrait. I think it’s extremely important to put a face to the story. Here is the youngster Police harassed; why? Purely because he was taking pictures. 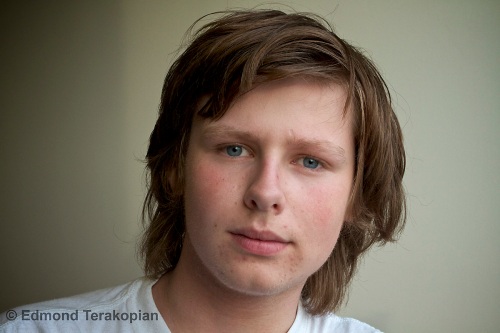 On Saturday 26 June, photojournalist Jules Mattsson (pictured), who is 15 years old, was photographing the Armed Forces Day parade in Romford. He was questioned and detained by a police officer after taking a photo of young cadets. He was bullied by several officers who continuously made up laws to try and make him stop and at one stage pushed him down some stairs. June 29, 2010. © Photo: Edmond Terakopian

Initial reports reported Jules as 16, but he is in fact 15.

Like Loading...
This entry was posted in News, Photography, police, section 44, viewpoint and tagged bullying, freedom of press, justice, police. Bookmark the permalink.