No other manufacturer offers as many 50mm lenses as Leica does for its M range. In the current line-up are four; the f2.5 Summarit, f2 Summicron, f1.4 Summilux and the f0.95 Noctilux. Along with 35mm, 50mm is the classic rangefinder focal length, so it comes as no surprise to find this many 50mm lenses available. Apart from purely the light gathering properties of them, each adds a unique signature to the image it creates; non more so than Leica’s Noctilux.

The Noctilux, meaning “Light of the night”, started in 1966 with an f1.2 version designed by Helmut Marx. A new design by Dr Walter Mandler in 1976 pushed the aperture to an astonishing f1.0 and along with redesigns of the lens body resulting in four versions, the f1.0 Noctilux continued until it was replaced in 2008 by the current f0.95 Aspherical Noctilux designed by Peter Karbe.

According to Stefan Daniel, Leica’s Director for Product Management, “the Noctilux 0.95/50 is one of the most demanding lenses currently in production and we can only assign production and assembly to the most experienced and skilled people in the whole company”. It is also the most expensive lens in the M and S range, costing £7348.00. It may therefor come as a bit of a surprise when one learns that it’s also one of the most in demand lenses with the longest waiting list (an honour it shares with the 35mm f1.4 Summilux-ASPH). According to the Leica Store Mayfair, one can expect up to a 12 month wait from the point of order.

Although the lens itself takes 16 hours to assemble by hand, it’s the raw materials and optics, some of which have a rumoured 12 month period to cool from being cast, which add to the length of time required. There is some very exotic glass used in this lens.

For the seeker of a Noctilux, there is the opportunity to look for one of the older f1.0 versions, which depending on model and condition seem to range in the £3-5000.00 on the used market, saving money and time. Although the f1.0 versions are fast and will allow similar use in low light, all but the current f0.95 version have a smooth. soft and “glowy” signature look when shot wide open. It’s a beautiful look that works extremely well for certain types of portrait and still life, but not suitable for everything. This limits it’s use as an every day lens and makes it a special use lens, meaning one needs a standard 50mm as well. The same is definitely not true of the current f0.95 ASPH Noctilux which not only allows photography in even lower light, but does so with such pin sharp precision that it makes the lens suitable for everything. It is in fact a superb standard lens. 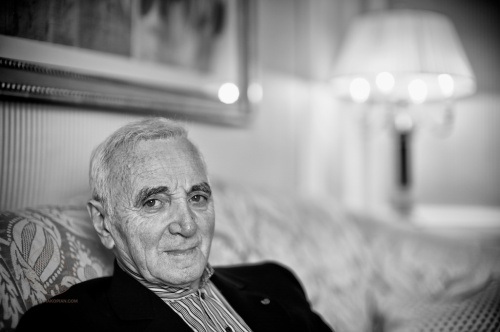 Portrait of Armenian singer Charles Aznavour in his suite at the Ritz Carlton Hotel in New York, NY, USA, ahead of an event by the Fund For Armenian Relief (FAR); 20 Years Of Armenian Independence Honoring Mr Aznavour. May 20, 2011. Photo: Edmond Terakopian

In the days of shooting film, the Noctilux opened up possibilities with shooting in low light that would have been impossible, even with an f1.4 lens. However, in the days of digital, this isn’t as big a problem as one can, up to a limit, just push up the ISO. There is more to choosing a Noctilux though and I would suggest that more people choose it now days for it’s signature look than they do purely for it’s speed in low light photography.

Apart from it’s cost, another aspect which sets it apart from the other Leica M 50mm lenses is it’s size. The Leica shooter is generally used to tiny lenses. However, to any SLR shooter, the f0.95 can actually seem small compared to the f2.8 zooms and compares favourably in size to Canon’s 50mm f1.2L lens; currently the fastest 50mm lens available for the SLR market.

Along with my M9, 21mm, 35mm and 90mm M lenses, I took the Noctilux on a four day assignment to Glasgow. The Noctilux turned out to be by far my favourite lens to work with and apart from three occasions, I came to realise that I had shot the entire assignment on it and I must say that the results looked rather special. 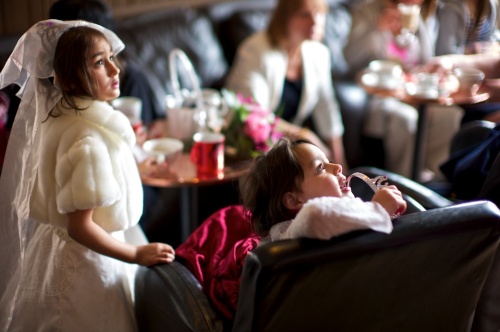 British street party on Enfield Road and the Lord Nelson pub, Brentford, Middlesex on the occasion of the Royal Wedding of Prince William to Catherine Middleton at Westminster Abbey on April 29, 2011 in London, England. Sisters in wedding dresses watch the wedding on a TV inside the pub. Friday, April 29, 2011. Photo: Edmond Terakopian

It takes a short while to get used to it’s size on an M camera. It’s so well made though with such a beautifully buttery focus movement that it just comes to hand very quickly indeed. One thing that constantly surprised me early on was just how little light I needed to make pictures. I was constantly taking down the ASA and in other situations where I thought I needed a flash, I kept realising that the available light was more than enough.

British street party on Enfield Road and the Lord Nelson pub, Brentford, Middlesex on the occasion of the Royal Wedding of Prince William to Catherine Middleton at Westminster Abbey on April 29, 2011 in London, England. A young girl in a wedding dress watches the wedding on a TV inside the pub. Friday, April 29, 2011. Photo: Edmond Terakopian

I have worked extensively with the 50mm Summicron and 50mm Elmarit-M f2.8. Both amazing lenses with great image rendition. However, nothing I have shot with, including Leica’s discontinued 75mm Summilux f1.4 or Canon’s 85mm f1.2L II, produce images like the Noctilux. The Noctilux’s images just pop. Your point of focus is pin sharp and rendered perfectly. Shot wide open the background blur is phenomenal and absolutely unique. Even Zeiss, which is known for its background rendition, can come close to how this lens renders.

A passer by reads the plaque by The Force of Nature II, sculpture by Lorenzo Quinn, Berkeley Square, London. March 03, 2011. Photo: Edmond Terakopian

It’s not all roses though. This lens is challenging to work with at f0.95. The depth of field is practically non-existent and one has to be absolutely spot on with focus. It’s therefor a good idea to send your Leica rangefinder back to Solms with your Noctilux to have them calibrated to match perfectly. Leica products are very accurately calibrated to within tiny tolerance margins; however, shooting at f0.95, all it takes is for the camera to be plus in the tolerance range and for the lens to be minus in the tolerance range and the image is slightly out of focus. This is an absolute must as otherwise one would just give up on the lens, judging it too challenging to work with. A big mistake, as the magic of the lens will then remain undiscovered.

Also, when at f0.95, strongly backlit subjects do sometimes suffer from purple fringing and in these situations it’s best to stop down a little.

The Leica rangefinder has always been a favourite with photographers who like to work with available light. The lack of a reflex mirror means that it’s much easier to hand hold at slower shutter speeds. With this ethos in mind and the fact that the f0.95 is by far the fastest lens currently available on the market for any full frame camera, it makes absolute sense to have it’s abilities. It creates beautiful images with a amazingly soft and fluid bokeh (out of focus detail rendition) that its makes your subject pop; it gives more dimension and depth to every picture. I’ve even heard people commenting on the pictures it creates as being 3D. 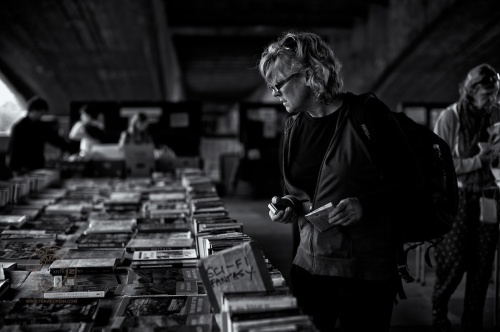 Is it worth the asking price? Perhaps not for some photographers, as you could buy an M9 and a 50mm f1.4 Summilux-M ASPH for a fraction more. However, in a world where everyone shoots with the same equipment, with a sea of 24-70s, firstly the Leica M9 and any Leica lens will set your work apart. The Noctilux then takes this much further and makes it unique. It’s good to be an individual.

To view more images, visit my Leica Noctilux set on Flickr. This article was first published in the BJP in June 2011.