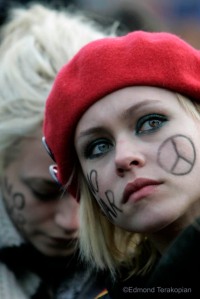 Just a heads up on a group exhibition I’ve got a few pictures in: A Looking Glass Eye – 21st Century London at the EXIT Gallery, above Soho Books, 121-125 Charing Cross Road, London WC2. 27 June to 12 September.

This summer the EXIT GALLERY at Claire de Rouen Books is putting on a group photography show of London in the 21st Century. A very ambitious project for such a small gallery. The star of this show is London, as seen through the lens of both new and established award winning photographers… Stephen Gill, Valerie Phillips, Wassink Lundgren, Simon Wheatley (Magnum), Peter Marlow (Magnum) and Edmond Terakopian to name a few. Just like the melting pot that is London, this orderly mess makes for compulsive viewing. It’s free and on for over two months.