Canon’s European Launch of the iPF6300

I’ve been fortunate enough to have been asked by Canon to evaluate their new large format printer aimed at photographers; the iPF6300 which had its European launch yesterday in Lisbon. I’ve been testing it for a few weeks now with various papers and still have a long road ahead my tests on lots of papers from Ilford, Hahnemuhle, Olmec and so on. I’ll share these when I’m finished with my tests.

I’m sharing my presentation text below as it’s a great way to let you know my thoughts on this printer:

“Being from the school of hand printing to exhibition standard, for many years since the switch over to digital I’ve been making compromises when it came to prints made from my digital images. Having used desktop printers from Canon and Epson and also having had a variety of labs print my work, I’d never been fully happy with the quality of the prints.

I was then introduced to the Canon iPF6300. 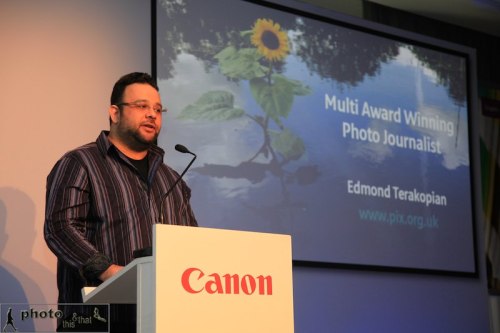 As soon as I printed the very first image from the iPF6300, I knew it was something special. With it’s 12 inks I was expecting something amazing, but the quality achieved was just stunning and left me speechless – and this, was only after a test print!

The printer is of such a high standard that to the naked eye printing on the standard setting and the highest setting produce no difference to the quality of the print; what it does do is produce such a speedy output, utilising so little ink, that it has to be seen to be believed. However when ultra critical detail and subtleties have to be resolved, the higher print settings produce this at very close inspection. I was looking at the pupil and eye lashes from a studio model shoot and at the highest setting, every single eye lash is visible; every single line in the pupil, every colour change is rendered perfectly, no matter how subtle. 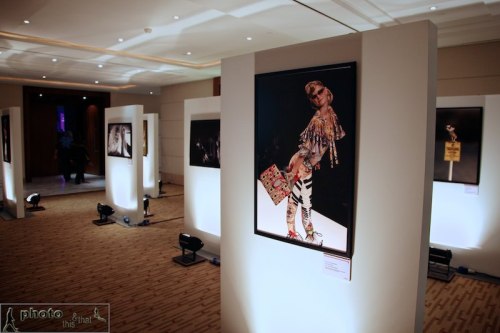 Having tried a particularly testing landscape shot taken in the Lake District brought another smile. Every cloud, from the darkest to the lightest was rendered beautifully; every highlight and shadow detail, no matter how subtle was printed without any loss to this detail. It’s performance like this that elevates prints into becoming something special; something collectible. As a result, this printer is something special.

I then moved away from the Canon papers and started printing on the very popular Hahnemuhle Photo Rag which is a coated matt paper. Matt papers are very unforgiving to images with lots of dark shadow detail, so the first image I printed had exactly that – lots of dark shadows. I was astonished at how much of the subtle black detail was printed from a photo of a cafe scene. Throwing more and more images to this excellent but unforgiving paper kept producing great print after great print. 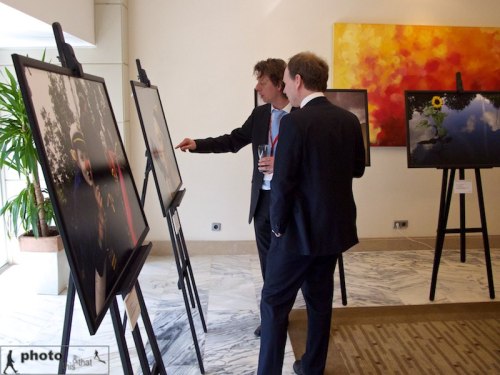 I was also very pleased with the print driver and the Photoshop plugin. After around an hour I had come to grips with all that was possible using them. After getting the photograph and processing it correctly, it’s extremely critical to get the settings right in the driver and the way it has been designed makes life easy which is such a bonus. The ability to free print and send print jobs to a separate application to maximise paper usage is a fantastic feature, especially in this day and age of recession and awareness of conservation issues.

I also found the barcoding option on paper rolls extremely useful and an idea that is to be commended; with good quality paper demanding a premium, the last thing I would want is to mix up papers which would lead to wastage.

I also must comment on the printer’s quietness in use. My office is generally pretty quite and quite compact. Considering the size of prints capable, the unit’s relatively compact and amazingly quite when printing. The fact that it’s also such a speedy machine means that the printing’s done quickly and total silence returns very quickly; a must in a creative environment.

Having spent a couple of weeks with the iPF 6300, printing on various papers, both Canon and third party, I would have no hesitation in using it for my future exhibitions and collector’s prints”.