We’re absolutely delighted to share that our short documentary film on pinball is a finalist in the Rode Reel 2014 competition. Our team of Magda Rakita and Neil Patience (TAP TV) would like to thank Rode Microphones and Philip Bloom who was the judge for the category.

We’d like to congratulate all the winners; some exceptional work. You can view the entries HERE.

The film, 1 Sixpence 1 Play, was shot on a pair of Olympus OM-D E-M1 cameras and Olympus lenses. We also used a GoPro Hero 3+ Black Edition for a few shots from on the play field. All audio was recorded onto a Roland R26 using various Rode microphones. The films (including the behind the scenes) were edited using FCP X on a Mac Pro, using Eizo monitors and Event Opal audio monitors for the sound edit. For a more detailed post on this, including the behind the scenes video, please see HERE. 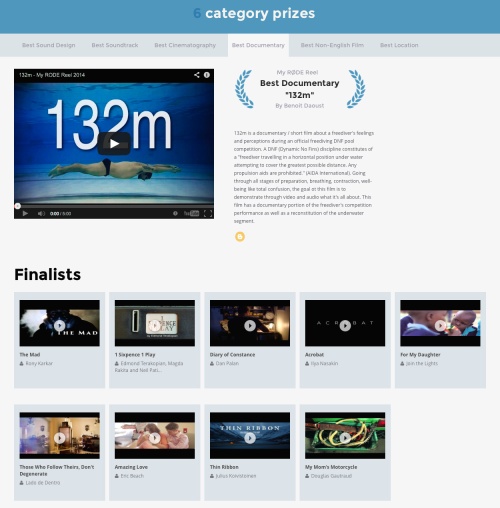