A Kingdom For A Finder! 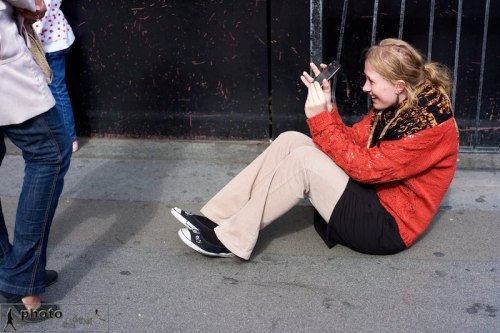 A tourist takes a picture of her friend using the rear LCD screen of a camera at the Houses of Parliament. London. September 17, 2011. Photo: Edmond Terakopian

Yesterday, on a walk through a park, I saw a gentleman with a Nikon (could not see which, but a ‘prosumer grade’ one it was) with a fairly long zoom. He had the camera on live view, holding it in front of him like a mobile cam, while he tried to frame his subject. There are whole generations of consumers who do not know what a camera finder is for.

I am not one of them.

Way back a hundred years ago, most cameras, including press cameras, had finders that forced you to hold the camera before you on semi-extended arms … like a latter-day mobile camera. Even the null-series Leica started out with one of these ‘Newton finders’. Fortunately, before the launch in January 1925, it was replaced with the reverse Galilean finder we all know (and which, much transmogrified, is still a part of the M9 rangefinder). This made the camera capable of framing quickly and spontaneously, even with a mobile subject. The Leica Way. Without that finder, the camera would have fallen flat. Those early buyers did not give a damn about the advantages of perforated 35mm cine film. What captured them was a camera that could be used quickly and spontaneously, in the midst of the stream of life.

Those Edwardian press photogs could use Newton finders because (a) their standard lenses captured a lot, and if the target was somewhere on the plate, he could be cropped in; and (b) because their subject matter was static. You have seen the old newsreels. The Prime Minister / Président de Conseil / Ministerpräsident emerges from his residence, stops, faces the cameramen, puts on a statesmanlike half-smile, raises his cylinder hat – rattle rattle bang as shutter curtains the size of small bandannas sail majestically across half-plate glass negatives – the dignitary nods benevolently at the Gentlemen of the Press, and these scurry away. The optical direct finder, just as much as the small negative, created a new, different style of photography. 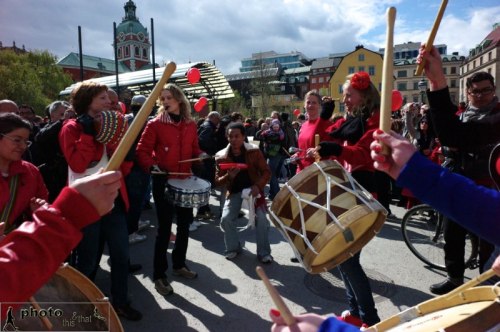 With a rear display for ‘finder’, work is completely counter-intuitive, and hence slow. Even with a mirror reflex camera, SLR or TLR, you look at the matte screen, not at the subject. And with an electronic viewfinder, you look at a small TV. With for instance a Leica M, you do not look at the finder, but through it. You see reality, not an image of it. The finder does exist in your peripheral vision only. Therefore, cameras with optical finders are the instruments of choice for what one might call interactive photography, or even participating photography.

And now we seem to be back in 1910 again. I beg to be excused. I will never, under any circumstances, purchase a camera without a proper finder. Yes, I do own one. The letters on it say NOKIA.

Like Loading...
This entry was posted in Photography, viewpoint and tagged finder, rear lcd, viewfinder. Bookmark the permalink.

One response to “A Kingdom For A Finder!”