What Would You Do If You Won The Lottery? 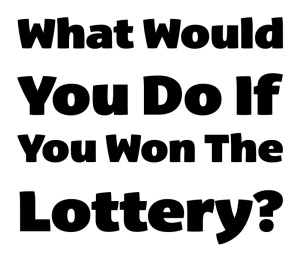 It’s a question often asked by people. Sometimes the answers are more predictable but occasionally they are completely unique and full of character. To mark the 15th anniversary of the National Lottery, I had the pleasure of photographing 15 lottery winners who have spent some of their winnings on the quirky to the life-changing. Its been a fascinating journey that has taken me all over England, Scotland, Wales, Ireland, and all the way to Canada. The shooting of the project took around five months, sometimes spending days getting to location. Its been an absolute joy to do, and I’d just like to send a big thanks to all who helped from the Camelot press office, and the kindness and patience shown by all my photographic subjects. 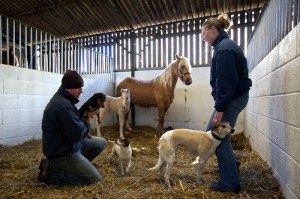 Meredith Davies from Carmarthenshire won £2,069,730 in October 2004. He set up a stud farm with around 25 Welsh Cobb ponies for £100,000. Photographed with his partner Kate Chester.
The project will be exhibited at the Fulham Palace Gallery from November 14 to 22 (check the gallery’s opening hours, on their web site). The exhibition is spread across two huge rooms with some of the images being printed by Metro Imaging to over 2 meters across. Its going to be well worth seeing.
Technically speaking, I decided to carry identical kit to all the shoots. This would help keep the same flavour across the shots. I packed everything into a ThinkTank Photo Airport International, including a Change-Up and Skins pouches to use when on location. Camera kit consisted of two Canon 5D MkII bodies (5D for the first shoot as I didn’t have the Mark II yet!). Lenses were the Canon 15mm f2.8, 16-35mm f2.8L II, 35mm f1.4L, 85mm f1.2L II and the 70-200mm f4L IS. Looking through the images, it looks like my favoured lenses were the 16-35mm and 85mm. 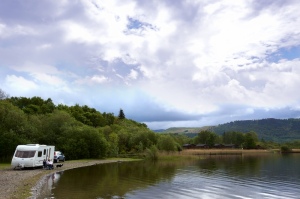 Sue & Peter Busby from East Yorkshire won £1,660,769 as part of the Tesco syndicate who scooped £18,268,465 in July 2005. They purchased a luxury, top of the range Lunar caravan for £14,500. With their dog Jasper by the shore of Derwentwater, Northern Lake District. Keswick Camping and Caravanning Club Site, Keswick, Cumbria.
The many thousands of RAW images, occupying many gigabytes of storage were backed up across several drives, including the brilliant Sonnet Fusion D800 and in the ‘cloud’, giving me peace of mind. All the editing, captioning, colour corrections, raw conversions and output were done on Apple’s Aperture and finishing touches added on Nik Software’s Viveza and Sharpner Pro 3.0. The ultimate compliment came from master printer John Cleur at Metro Imaging when he said that the files looked great and needed very little work done to them before printing! 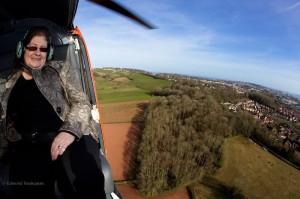 Thea Bristow, who won £15 million in July 2004, features in this landmark exhibition and is pictured flying over her 13-acres of woodland – a purchase which meant the land was saved from housing development. Over 300 new trees have been planted and a walkway built through the woodland before it is opened up for the public to enjoy.
So, don’t forget to check out the exhibition from November 14 to 22 at Fulham Palace Gallery, Fulham Palace, Bishop’s Avenue, London, SW6 6EA.