Earlier this year, May 10th, saw the sad passing of one of our time’s greatest photojournalists and picture editors; the legendary Horst Faas. Best known for his amazing images from Vietnam, Horst was a double Pulitzer Prize winner. As AP chief photographer for Southeast Asia and picture editor, he was also instrumental in getting Nick Ut’s powerful ‘Napalm Girl’ on the AP wire, along with another definitive image from that war, Eddie Adams’ Vietcong prisoner execution. 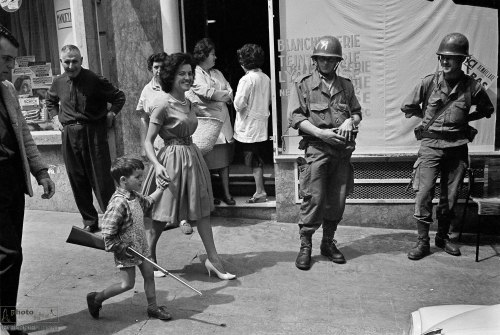 A boy carries a toy rifle as he walks with his mother past French soldiers in battle gear at the Bastille Palace in Oran, Algeria, May 4, 1962. Algeria’s eight-year battle for independence had reached a tense cease-fire pending a July referendum. (AP Photo/Horst Faas) 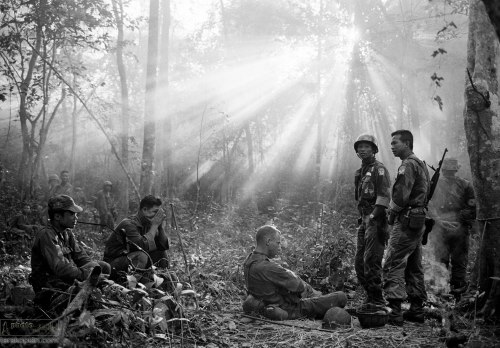 The sun breaks through dense jungle foliage in early January 1965, around the embattled town of Binh Gia, 64 km east of Saigon, as South Vietnamese troops, joined by U.S. personnel, rest after a cold, damp night of waiting in an ambush position for a Viet Cong attack that didn’t come. One hour later, as the possibility of an overnight attack faded, the troops moved out for another hot day hunting the elusive communist guerrillas. (AP Photo/Horst Faas)

The Foreign Correspondent’s Club, Hong Kong will be have a reception and exhibition on Horst’s work on September 4th. For further details, visit the FCC website. The exhibition of images will remain on display for the foreseeable future.

In London, on October 18th at 11.30am, we will be having a memorial service for Horst. The service will be at St Brides Church, Fleet Street.

South Vietnamese civilians, among the few survivors of two days of heavy fighting, huddle together in the aftermath of an attack by government troops to retake the post at Dong Xoai, June 1965. Just a few of the several hundred civilians who sought refuge at the post survived the two day barrage of mortars and bombardment. After the government recaptured Dong Xoai, the bodies of 150 civilians and some 300 South Vietnamese soldiers were discovered. (AP Photo/Horst Faas)