Yesterday I had the opportunity to have a look at the new Leica M9 and also the X1. The M9 was a final pre-production model, so it was pretty much what you would get if you bought one. However, the X1 was a mid pre-production sample so my comments should be taken lightly until I get a chance to try out a final sample.
A small bit of background info on me; I used to shoot quite a lot of my film work on Leica M rangefinders. I’ve had the M4-2, the M4P and the M6. My lenses back in the day ranged from the 21mm f2.8 to the 75mm f1.4. I’ve always loved the quality of the cameras and more so the lenses. The silent approach to picture taking has always suited me.

Alas the M8 put an end to the love affair and I had to definitely close the door on Leica; I just didn’t think the quality was there. Terrible image noise when trying to work in low light, a cropped sensor and that silly filters on every lens thing just put me off. I tried the M8 when it first came out and recently a few months ago, and it still didn’t do it for me.

Seems that the M9 has put a stop to that though and I find myself yearning to get back to my rangefinder days; well, the recession’s kind of getting in the way, as there’s no way for me to justify the £4850 price tag, but at least now its not the quality that’s putting me off, but merely the cost. As Richard, the chap from Leica said yesterday, it’s reassuringly expensive!

At first glance the camera’s very similar to the M8 but now thankfully has a dedicated ISO button. The interface is usable but no way is it near the ease of use offered by the latest Canon DSLRs. Still, its a big improvement on the M8.

Where the camera really shines though is that it now has a full frame sensor. The cropped sensor of the M8 was a huge disappointment for me. The other huge improvement is that there is much less image noise, so working in low light is again a possibility. Whilst the camera’s high ASA ability doesn’t come anywhere near matching a 5D MkII, its still very impressive and a million times better than it used to be on the M8. At 160 ASA its faultless; absolutely stunning. I pushed it higher to 1250 ASA and its still extremely good. There’s some grain, but it looks right and the colours also look right. I shot a load of tests indoors under mixed lighting and also outdoors in daylight and apart from some shifts in the auto white balance, the colours where great. 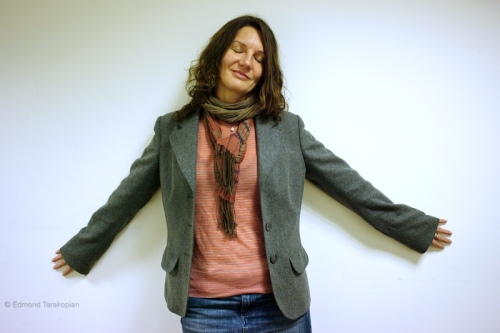 Whilst the shutter is no were near as silent as the old cloth shutters, it has several quite modes which allow the cocking to be done on release of the shutter button; this makes operation much more quite.

As far as the quality of the files concerned, I’m extremely happy with the jpegs which you can see here. As the camera has only just been announced, I’m waiting for Apple to release a RAW update so I can have a look at the RAW’s using Aperture. If the jpegs are this good, I’m sure the RAW’s will be a knock out.
As I mentioned earlier, I’m really happy with this camera; Leica and Kodak who make the sensor chip have done a great job and made the camera usable as a professional tool. With the M8, you got great shots if all the elements were right and the light was perfect; now with the M9, it looks like you can adapt to the elements and not just give up.
My full review of the Leica M9 is now available HERE.
Leica X1
The other camera of note which has recently been announced is the X1. Initial rumours suggested that it was based on the Panasonic Lumix GF1 which is a micro four thirds, interchangeable lens camera. It isn’t the case though, as the sensor is a bigger APS-C sensor with a lower crop. The X1 however doesn’t allow you to change its 24mm f2.8 lens as its fixed. This 24mm lens translates into 35mm in 35mm terms. I really wish that it was an f2 though.
Its a very handsome little camera and feels nice in the hands. I was rather impressed by the lens as distortion is very well controlled and the optics are pin sharp. However, I must admit that I wish they had made it an interchangeable lensed camera. However, to use this camera properly, I’d seriously suggest an external finder as otherwise its just a flashy compact camera. At 500ASA, the image quality was very good and noise was well controlled. Focusing was sure footed and pretty speedy. My only initial thoughts are that its a shame there is no face-detect, as this would work well when using the external finder – I have since found out that it does have face detect. Although an early sample, I must admit to being very impressed by the image quality.
As mentioned before though, I’m going to reserve full judgement as this was a mid pre-production camera.

For a gallery of images check out my Flickr.

Addendum 1: I was so impressed with the Leica M9 & X1 that I have since writing the review bought both cameras.

Addendum 2: You can now read my full review of the Leica M9 in the BJP (British Journal of Photography).

Like Loading...
This entry was posted in Camera Equipment, Leica, viewpoint and tagged leica, m9, rangefinder, x1. Bookmark the permalink.