46664 Concert: In Celebration Of Nelson Mandela

Lets face it, this is without a doubt the best job in the world. Yes, the days can be long and the stress plentiful; its occasionally dangerous and often unappreciated, however, its still the best job.

I was fortunate enough to cover the 46664 Concert, in celebration of Nelson Mandela’s life, achievements, birthday and his charity. It was an amazing experience. 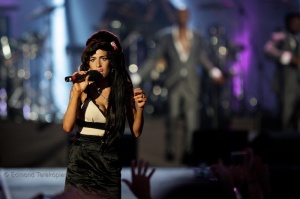 As always, there were some issues. The photographers’ area was around 50 meters from the stage which meant my standard lens became a 500mm! The slightly bigger problem was that there were several hundred people in front of our position – which wasn’t raised high enough. This brought its problems of trying to avoid the tops of people’s heads (there’s always someone very tall around in these situations!). It became worst as the crowd put there arms up, and even worst when camera phones and compact cameras were brought into play. 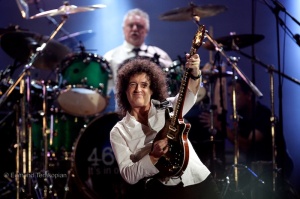 Still, it was an absolute joy to be there and a bigger joy to photograph it. We had two photographers covering it, two runners (taking our CF cards back and forth – many thanks Nina and Eli) and two AP editors back in the press room (Dejan and David – top job gents). Its such a joy to work with professionals. There was even some time for a little bit of fun!